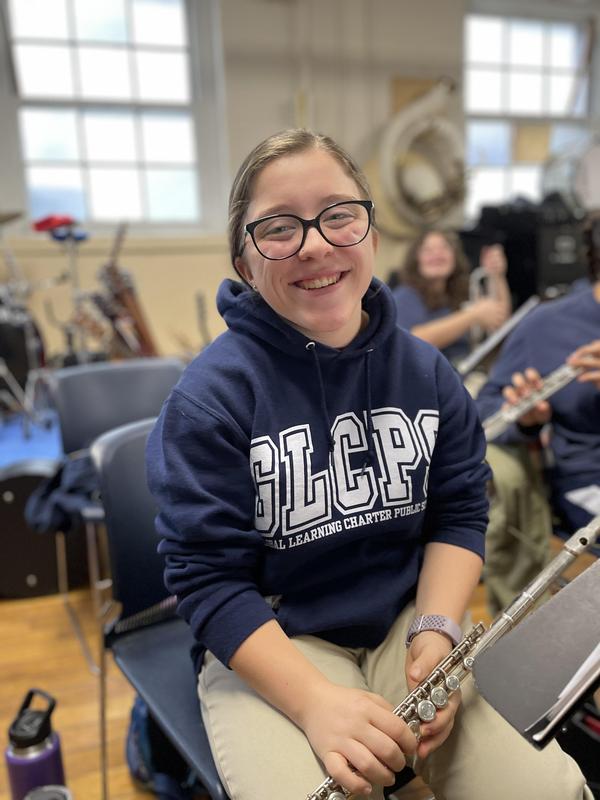 Haley Bedard has done it again except this time she's exceeded past success. Late last year, Haley auditioned for the Southeastern Massachusetts Music Educators Association (SEMMEA) Senior District Music Festival which takes place in January. Judged on 16 criteria, she scored 194 out of 200, and earned the spot of 1st Flute 2nd Chair. Additionally, she earned the All State recommendation and the opportunity to audition for the Massachusetts Music Educators' Association All State Festival.
Haley will perform with other accomplished high school musicians in the regional music festival the weekend of January 6 and 7. She will audition for the statewide festival later this month for the opportunity to perform in March at the MMEA All State Festival in Westford, MA, and then at Symphony Hall in Boston with the most accomplished high school players from across Massachusetts.
A student of the flute since she was 10 years old, Haley has audtioned and performed in the SEMMEA music festival in each of her high school years. The 18-year-old first picked up the flute eight years ago.
GLCPS music teacher and Band Director Don Richard shared the exciting news with the GLCPS community.
"I am absolutely thrilled and truly thankful that in this small school in New Bedford, I have the privilege of working with one of the most talented high school musicians in the Commonwealth of Massachusetts," Mr. Richard said.