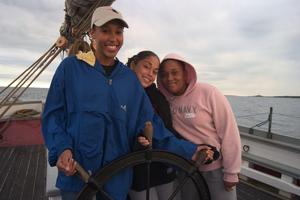 To our students, families and staff, a hearty welcome to the 2022-2023 school year. It is a year of excitement because we are celebrating the school’s 20th year as a charter school as well as looking forward to moving into our new STEAM Center. As our banner that flies proudly in front of our main campus states, it’s been “20 years of building lifelong learners.”
Over that time, we have grown from a small, vastly underestimated school to one that has received very high marks from state education leaders. We are a school that has been nationally recognized by US News and World Reports as one of the top ranked schools in the country. Shortly, we will be a school with a new STEAM building: the Joan and Irwin Jacobs STEAM Center for Education. The STEAM Center will focus on science, technology, engineering, art and mathematics.  It will contain a University of San Diego “Think a Bit Lab” designed by Qualcomm; the only lab of its kind on the east coast.
More than twenty years ago, a group of community members had a vision to establish a charter school in New Bedford. In 2002, the state granted the charter and a Horace Mann charter school was created under New Bedford Public Schools’ jurisdiction. During the first five years, we were known as NBGLCPS. Those early years were rocky and some thought the school would not survive. In 2006, the Board of Trustees determined that the partnership with the New Bedford Public Schools was not effective and applied to the Department of Elementary and Secondary Education (DESE) for a Commonwealth charter. This would allow the school to be independent and become its own school district. The new charter was approved and GLCPS was born in 2007.
The school opened with 385 students in grades 5-12 at the former St. Anthony’s High School. Over the next several years, the school grew to 500 students.  During the first five year charter the school struggled to meet the achievement goals set by the State. In 2013, DESE placed the school on probation for low MCAS scores.  GLCPS was given 18 months to turn it around or lose its charter. We established programs to address our MCAS needs. We put in place before and after school tutoring programs. We revised curricula and brought in consultants to identify areas that needed improvement. Turn it around we did and in February 2015 the Board of Education removed us from probation.
In 2017 and at the beginning of this year, DESE granted GLCPS new charters with no conditions; a very rare decision made by DESE. In other words they are confident in all aspects of our School. They have examined our programs, our finances, our organizational structure and they are pleased. So, what’s next?
We have known for quite some time that we needed to expand our facility and our programs. For six years we had a satellite campus in downtown New Bedford. In 2020, the building was sold, and we were forced to move everyone back to the main campus. We researched several facilities and found none of them to be acceptable. The one we found was right under our nose or rather fifty feet away from the main campus. The building adjacent to the main campus was the former convent and the third floor was being used by the Old Colony YMCA. The first two floors were vacant. We entered negotiations with the Fall River Diocese and established a 30-year lease to occupy the building.
The project required a complete renovation of the former convent which began in June 2020. We expect the state-of-the-art building to be ready by early 2003. Once completed, the school will have a first floor comprised of one of our art programs, our music program and a the “Think a Bit lab.” The second floor will house the middle/high school world language program, the college and career center and a library/media center. The third floor will contain our high school math, chemistry and biology classes.
We are thrilled to be celebrating our 20-year anniversary with a new state of the art facility. The success of GLCPS encompasses so many people that believed in us and support our mission; too many to mention here. I would be remiss, however, if I did not point out the financial and educational support of Dr. and Mrs. Irwin Jacobs.  We believe that we have and will continue to provide the quality education New Bedford children require and deserve.  As we move forward with our next five-year charter, we are prepared to meet the challenges and expectations in education set forth by our state and our nation.
On behalf of our Board of Trustees, our administration and staff we thank you for placing your faith and trust in us with your most precious commodity: your children.  We will not disappoint you!  Here’s to the next twenty years!